In the early spring of 2009, I was approached by Alecia Lawyer with an exciting proposition involving a commission for a film score. Always excited for a project with ROCO, I agreed to meet with Endangered Species Media Project. The original idea for this piece was to be a musical score to accompany a documentary film produced to create awareness of the Buffalo Bayou; an awareness of three aspects in particular: the natural beauty and innocence of nature, the damage to this beauty by industrialization, and the continuing efforts to revitalize and restore the bayou to its original beauty. These three movements together form a body of music that tells this story. 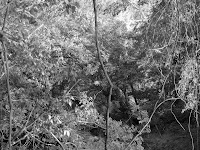 Tenderly, as a prayer was the first movement I composed. The beginning opens with the “voice” of the river in the English Horn: a voice that continues through all the movements. As the piece progresses, I offer several “vista” moments to set the stage for what we are about to experience. Once on the bayou, we hear nature all around us; from obvious things such as birds, wind, and splashes to the unheard feelings and visual sensations like the sights of a great Cypress tree with root systems that twist around banks and rocks, or natural dams with the most beautiful orange colored soil that looks like a sunset. The bayou has many different views depending on where you are. There are peaceful, open areas while other locations are mysterious and quite dark. Some parts of the bayou have strong currents while others are calm and still. These moments are the inspiration for this movement. 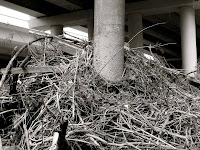 Largo, mysterioso is a depiction of the impact industrialization has made on the innocent, natural beauty of the bayou. This movement begins with the first sign of change as a familiar sound slowly becomes somber and ominous. Brooding brass chords and altered melodies herald the dawn of a new era. Chaos and confusion erupt out of the natural current of the water. Pollution, steel, and concrete have taken the place of root systems and natural dams. The bayou’s familiar voice has changed. 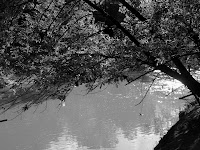 Reflective and calm is meant as a simple coda to this suite. It is something that can neither sound definite nor fulfilling. Redemption takes time and hard work. The melody that has become so familiar comes back with a new orchestration as the dawn of a new era begins. Life starts to returns and flourish in some parts of the bayou, but there is more to do. The piece ends with the hope of a new future.
Each movement is unique in sound and theme as well as in structure. Movement I is in rounded binary form (A-B-A’) with an introduction and coda added to either side.  Movement 2 is through composed having no solid structure. Movement 3 is a hybrid of the two composed almost as a mini rondo (A-B-A-C-A) but with much variation between each instance of the A.
The Buffalo Bayou Suite is scored for winds in pairs with doubling on Piccolo, English Horn, and Bass Clarinet, two horns, two trumpets, one trombone, timpani, and strings.