To celebrate our milestone fifteenth season, ROCO will present a record-breaking 21 new commissions, bringing our total to a whopping 100 distinct premieres since our formation in 2005. Throughout the season, 15 of these new works — comprising the project FIFteen: Fanfares, Interludes, and Finales, organized by Mark Buller — will be sprinkled among each series. This brand-new body of work will serve as a “tasting menu” of sorts by allowing the audience brief glimpses into a wide array of diverse composers and their music.

The featured composers are as follows: Desmond Ikegwuonu is a Nigerian-born composer currently living in Grand Rapids, Michigan. Ikegwuonu’s music blends classical, jazz, and the music of his native country. Recent performances include pieces with Apollo Chamber Players and the Fort Worth Symphony Orchestra. Osnat Netzer was born in Haifa, Israel and studied at the Jerusalem Academy of Music and Dance. Her style has been described as “highly theatrical and kinetic”, and the New York Times called her opera “riotously funny”. She lives in Cambridge, Massachusetts and teachers at Harvard and Longy. Brian Nabors is quickly becoming well-known in the orchestral world, having written for the orchestras of Detroit and Cincinnati. A recent winner of the Rapido! Composition Contest, he is currently writing a new work for the Atlanta Symphony Orchestra. Ledah Finck is a Baltimore-based musician who balances her creative work between a number of fields. She is a chamber musician (the experimental duo The Witches, the Bergamot String Quartet, the jazz ensemble Atlantic Extraction); an improviser; a violinist; and composer. Her music blends experimental styles with classical, jazz, and the folk music of the Blue Ridge Mountains. Jason Gerraughty‘s background as a brass player in New England community ensembles helped shape his desire to write music “of value to both amateur and seasoned listeners”. His music is energetic and forward-thinking, but allows the listener to enjoy the varied hues of the sound itself. Alejandro Basulto is a Mexican-born composer whose works for orchestra and chamber ensembles have proven popular throughout his native country and around the world. His music shows the influence of his training as a conductor as well as his Latin-American ancestry. Basulto’s first work for ROCO was for a Día de los Muertos concert at Lawndale Art Center, and the 2019-20 season also includes his Tríptico de Luz. 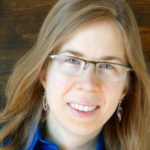 Kate Salfelder teacher at MIT and has written music performed by orchestras, chamber ensembles, and bands around the country. Her style is shaped by her fascination with the contrapuntal music of the Middle Ages and Renaissance, as heard through the lens of contemporary practice. Jess Langston Turner is a composer whose star is quickly rising. Known mostly for his energetic pieces for wind ensemble, his style is instantly likable and always memorable. Hilary Purrington is another composer quickly entering the mainstream, with commissions from the orchestras of Philadelphia, Minnesota, Albany, and Sioux City (IA), as well as the American Composers Orchestra and the New York Youth Symphony. Before moving to New York city, she earned a degree from the Shepherd School of Music at Rice University. Judah Adashi writes music “guided by a belief that the creation and performance of new music can bear witness to injustice, create space for empathy, and serve as a call for action”. He is best known for Rise Bmore, written for the anniversary of the death of Freddie Gray, and my heart comes undone, a work for solo cello which earned the praise of The New Yorker‘s Alex Ross. Adashi teaches at the Peabody Conservatory. Cynthia Lee Wong writes music described as “shamelessly beautiful” to be enjoyed by “all classical enthusiasts or indeed music lovers”. She has been commissioned by the San Francisco Symphony, the New World Symphony, Orpheus Chamber Orchestra, the Tanglewood Music Festival, Opera America, and the Tokyo String Quartet. Marcus Maroney will be writing a piece for ROCO’s annual Beer & Brass event at St. Arnold Brewery. Maroney’s Concerto for Chamber Orchestra proved an audience and orchestra favorite upon its 2016 premiere and is included on ROCO’s inaugural album, Visions Take Flight. The 2019-20 season also includes his brand-new Concerto for flute and viola d’amore and Four Preludes for two clarinets. Maroney teaches at the University of Houston’s Moores School of Music. Isabelle Ganz, is a “virtuoso performer” (New York Times) who has sung with the Seattle Symphony, the Brooklyn Philharmonic (with conductor Lukas Foss), and the Slovak Radio Symphony. She will write a new work for the ROCO Connections concert at the Holocaust Museum Houston. Ganz, for whom John Cage once wrote a piece, is a frequent arranger of Sephardic folk music, and was recently featured in a holiday concert by the Apollo Chamber Players. Karim Al-Zand will compose a chamber piece for the ROCO Unchambered concert featuring Alecia Lawyer. Al-Zand, who teaches at the Shepherd School of Music, is well-known to Houston audiences due to performances of his music by ROCO (Visions of Another World, 2008, also included on the album Visions Take Flight); the Houston Symphony (City Scenes, 2014), and Musiqa, among others. Al-Zand’s music is immediately likable and always highly compelling.