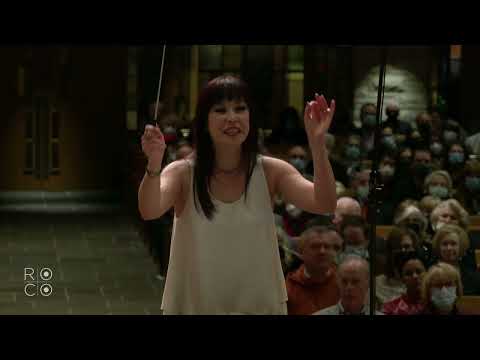 ROCO’s 17th season In Concert series continued February 26, 2022 at 5:00 pm Central with “Canvasing the Earth” at The Church of St. John the Divine and also livestreamed at ROCO.org, Facebook, YouTube, and A440.

Honoring survivors of human trafficking, Leanna Primiani’s "Neither men nor money validate my worth" also received its world premiere, accompanied by images from The New Abolitionists. Completing the program was the world premiere of Jonathan Leshnoff‘s fanfare "Score" and Modest Mussorgsky’s classic "Pictures at an Exhibition", arranged by Alan Gout for chamber orchestra, in a special presentation with accompanying images from the collections of Museum of Fine Arts, Houston.

Recorded live February 26, 2022 at The Church of St. John the Divine, Houston, TX