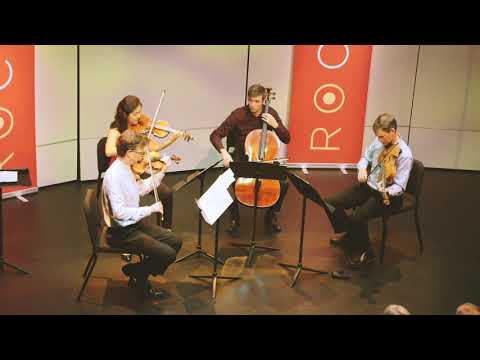 Joined by ROCO violinist Min-Jeong Koh, co-principal violist Matthew Dane, and principal cellist Richard Belcher, Scott took the audience through a program telling his own coming-of-age story as a musician, with featured works ranging from the Baroque up to the brand-new. Pieces by Mozart, Dvořák, Hindemith, Webern, Busch, and a world premiere commission by composer Robert Maggio, displayed the evolution of the string quartet.

A world premiere ROCO commission, the title ""thirty-two summers"" refers back to when composer Robert Maggio and Scott St. John first worked on a piece together, when Scott was studying at Curtis in Philadelphia, and Robert was studying composition at the University of Pennsylvania. This began a long friendship of further collaboration, leading to this work."