Originally commissioned in response to the city’s resilience after Harvey, ROCO’s signature piece is now a balm for COVID times.

Emmy Award-winning composer, Anthony DiLorenzo, wrote this fanfare honoring the strength, caring, and courage the Houston community showed the world, both during rescue efforts in the immediate aftermath of Harvey, and now in the city’s recovery. In keeping with ROCO’s passion for collaboration, more than 20 other performing arts groups performed this piece throughout the 2017-18 season as a thread of music tying the city together. If you are interested in performing the work, please submit a request form, found HERE. The work is available in several different arrangements, and there is no fee to perform.

Listen to “Anthem of Hope” below, from ROCO’s 2019 debut album “Visions Take Flight“.

In honor of the first responders and heroes of the COVID-19 crisis, the musicians of ROCO came together virtually from across the U.S. and Canada to record “Anthem of Hope” again in March 2020, offering hope and strength through music.

Recorded by each musician from their homes, 39 separate audio and video tracks were mixed together to create the final video through the incredible work of Blueprint Film Co. Go behind-the-scenes in this time-lapse video! 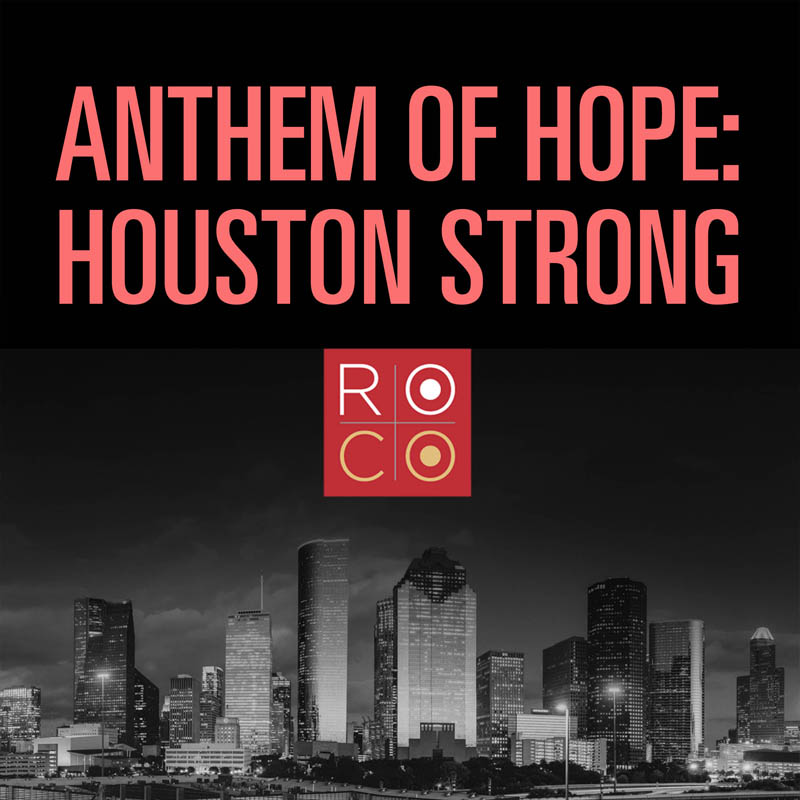