Concertmaster Scott St. John will lead from the chair during ROCO’s annual conductorless concert on February 10, 2018, at The Church of St. John the Divine.

Legendary Love is the name of the concert, as well as the title of another world-premiere commission – a classical piece by Dan Visconti honoring Christian Kidd, lead singer of the Houston-based ’70s punk rock band, The Hates. The performance also features two new commissions by Houston-based composer, Mark Buller – Nursery Rhymes and Tombstone Songs. Antonin Dvorák’s Legends pairs with Wood Notes by William Grant Still, who was heavily influenced by Dvorák’s call to American composers to find their own unique voices.

Complimentary valet parking is available for all In Concert performances. Look for the valet stand along the side of the church! 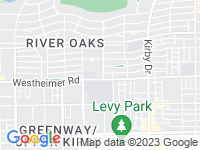