Having introduced the ROCO brand to The Woodlands through the ROCO Brass Quintet, ROCO is expanding its Woodlands offerings to include our full 40-piece professional chamber orchestra alongside distinguished guest conductors from around the world!

ROCO’s repertoire includes classical favorites, hidden jewels and world premieres of original works commissioned by ROCO. We invite you to get to know some of the most talented musicians in the world and to share in the musical joie de vivre that flows between musicians and audiences at our concerts. 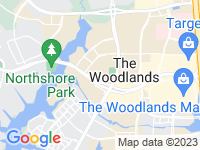 Nov. 18, 2016 at TWUMC presents “Space: The Final Playground.” The program features another ROCO commission and the Texas premiere of Michael Gilbertson’s Cosmos, a piece in five short movements, each of which is inspired by an element of the cosmos. During the concert, soloists from WindSync — a theatrical, Houston-based wind quintet — will move throughout the performance space while playing. David Danzmayr conducts and Scott St. John is concertmaster for the program, which also includes Franz Schubert’s Symphony No. 6, Czech composer Vilém Tausky’s Coventry, and Elgia Andina by Gabriela Lena Frank.

ROCO audience favorite Andrés Cárdenes returns to lead ROCO’s annual conductorless concert on Feb. 24, 2017, at TWUMC. The Grammy-nominated violinist will lead from the chair and serve as soloist during “People are People.” The program features the world premiere of a violin concerto commissioned by ROCO and written specifically for Cárdenes by Ricardo Lorenz. Other works on the program are Luigi Rodolfo Boccherini’s Symphony No. 25 in A-Major, Aaron Copland’s Three Latin American Sketches, and Mendelssohn’s Sinfonia No. 8 in D Major.

The Season 12 “In Concert” series comes to a close on March 31, 2017, at TWUMC with “Double Trouble.” The concert is led by Steven Jarvi, conductor and Scott St. John as concermaster. Alexander Miller’s Concerto Grosso for double reeds is the commissioned world premiere along with Saverio Mercadante’s Concerto for Flute in E-minor featuring ROCO flutist Brook Ferguson. Also on the program: Green Brook Suite by Gustav Holst and Verklarte Nacht by Arnold Schoenberg.