Pairing disparate musical styles like jazz and classical, “Gitcha Groove On!” takes its name from ROCO’s 44th world premiere commission of the same name by Rick Robinson (in his ROCO debut). It’s a jazz-infused classical commission for the full orchestra plus trapset, the product of ROCO winning the New Music Box and ASCAP “Music Alive” Partnership award.

Cardénes has chosen to pair this piece with José Pablo Moncayo’s “Huapango,” a chamber orchestra piece based on folk songs from the composer’s native Mexico, and both Robinson and Moncayo have written pieces rooted in their respective heritages. Poulenc’s “Sinfonietta” and Erich Wolfgang Korngold’s “Much Ado About Nothing” complete the program. 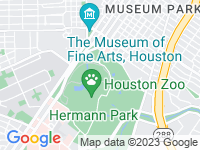