Join us for a wonderful evening as we celebrate the release of ROCO’s first album, Visions Take Flight!

Over two years in the making, ROCO is thrilled to share with you our first commercial recording – a landmark in our history as an ensemble.

For ROCO’s debut album, it was important that the selection of works be a collaborative process involving our musicians. We asked them to select their favorite pieces from ROCO’s repertoire over our first twelve seasons, and given our long history of commissioning, it was no surprise that five of our then fifty-eight world premiere commissions rose to the top.

A sixth world premiere completes the story of the album – Anthem of Hope: Houston Strong, commissioned in honor of the resiliency of the Houston community in the wake of Hurricane Harvey, which delayed the originally scheduled recording sessions for the project by eight months.

Go behind-the-scenes of the making of Visions Take Flight with a peek into the April 2018 sessions in a short documentary to be presented that evening, and enjoy visiting with ROCO friends and family over light bites and cocktails, as we raise a glass to the release of our new CD on the Innova Recordings label!

Thank you again for your vital support throughout the journey of creating this album, and for being an important part of ROCO’s mission and vision as we challenge preconceptions, create extraordinary experiences, and foster new relationships with audiences through the language of music.

Hosted by Melissa Hobbs
With thanks to our promotional partner Real Beauty/Real Women
And special thanks to Life HTX, Pura Vida Tequila, and Chef Soren Pedersen 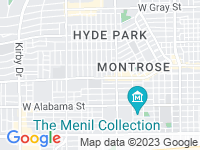