ROCO’s In Concert series, which showcases the full 40-piece orchestra, kicks off at The Church of St. John the Divine September 28 with “Time for Hope”, a concert built around a world premiere by Lisa Bielawa entitled “Centuries in the Hours”, sung by mezzo-soprano Laurie Rubin. The text for the work comes from a collection of personal writings by American women of the 18th-20th centuries whose life circumstances rendered them historically invisible. The concert also highlights ROCO’s first-ever Artistic Partner, conductor Mei-Ann Chen, who will be returning each season for spirited collaborations. Chen will lead the orchestra in the program, which also includes works by local Houston composer Alejandro Basulto, as well as Franz Joseph Haydn (LiveNote enabled) and Judith Shatin, whose piece will be accompanied by photos by Libbie Masterson. ROCOrooters is available during all of ROCO’s In Concert performances at The Church of St. John the Divine, and offers up to 6 hours of childcare under the supervision of certified and bonded childcare professionals. A night out for you, and music education and childcare for kids! Cost is $35 per child, and ages 2 months to 10 years are welcome.

Lisa Bielawa: Centuries in the Hours

Artists and programs subject to change.

Alternative program versions in braille and large print will be available for the visually impaired, with thanks to The Lighthouse of Houston.

Audio program notes are read by Alecia Lawyer and produced with thanks to Catherine Lu and Houston Public Media. 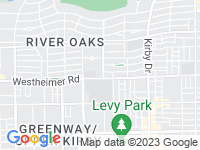