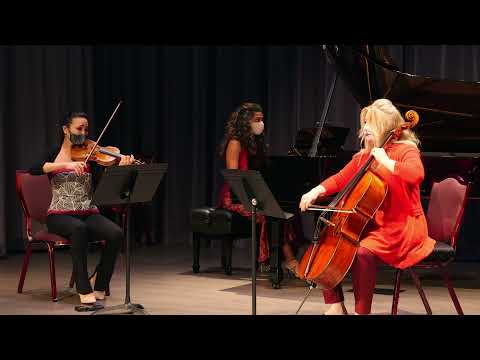 "ROCO's Connections series continued March 11 with ""Journey to America"", livestreamed in partnership with Holocaust Museum Houston, and opening with Tim Hinck’s “Fanfare for Rosa”—a 2018 work commissioned by the Chattanooga Symphony & Opera, written based on interviews the composer conducted with migrant children, recalling their experiences of entering the United States from South and Central America for the first time.

The short, emotionally-charged, fanfare echoes their own journeys, first tinged with terror and trauma, then developing in strength and optimism over its course, to a hope-filled musical response to the immigrant crisis.

Based in Chattanooga, Tennessee, Tim Hinck is a composer, pianist, and a former Fulbright Scholar to the Netherlands. His musical compositions and multimedia performances have been presented across the U.S. and abroad in Spain and the Netherlands. Explore his music at: https://timhinck.com/"